Ahmed Samir deftly weaves through Cairo’s traffic in his tuk-tuk, earning his meager living ferrying Egyptians around the chaotic megalopolis in his three-wheeled minivan.

But Samir’s daily routine of beeping, swerving and cursing Cairo’s congestion could come to a screeching halt under an ambitious government plan to green Cairo’s streets.

Ahead of hosting a COP27 climate conference this year, the government has announced plans to start phasing out all petrol-powered tuk-tuks in coming years and making other forms of public transport more environmentally friendly. .

Motorists fear that saving the planet will come at their expense.

“I have no other job and tuk-tuks here are the only means of transportation for many people.”

“I don’t have any other job and the tuk-tuks here are the only means of transportation for a lot of people,” said Samir, 21, who earns 150 Egyptian pounds ($10) a day after eight years as a tuk tuk taxi. .

In November, Egypt’s finance ministry announced it would ban imports of tuk-tuk spare parts – a first step in pushing millions of drivers to use minivans that run on natural gas instead.

But tuk-tuk taxis fear they will fail the tests needed to drive these licensed vans or fail to raise the funds to cover the initial cost of the van – despite government loans.

The labyrinthine old town is also not designed for modern vans.

“It means the loss of jobs for many of us and no alternative means of transport for the people here. How can a van fit into these narrow alleys?” Samir said.

Another driver, Hisham Ali, 54, feared losing all his livelihood if the plan went through.

“How could someone like me afford to buy a van that wouldn’t cost less than 100,000 Egyptian pounds? It makes no sense,” Ali said. 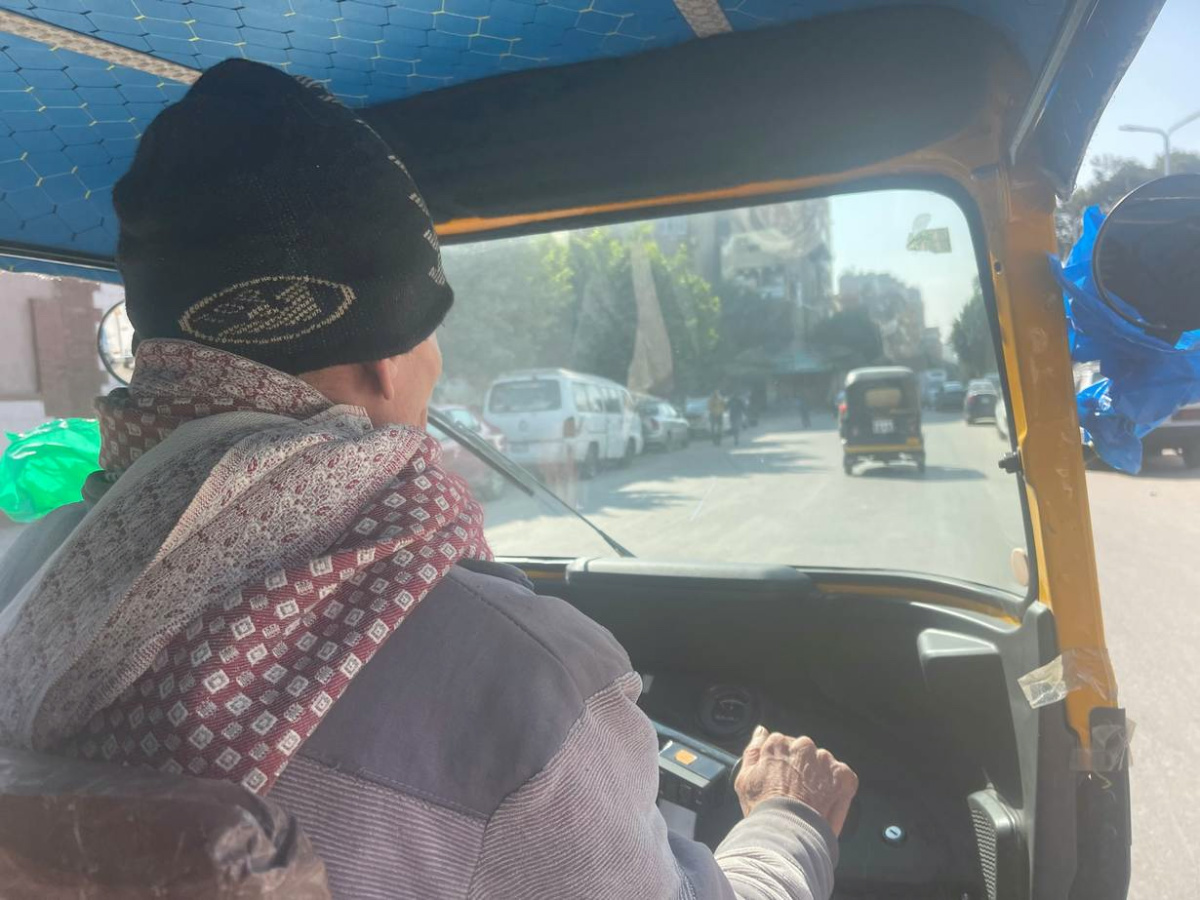 Tuk-tuks first appeared on the streets of Egypt around 16 years ago, totaling some 6 million by 2015, according to latest figures from consultancy firm N Gage Consulting.

There are no laws restricting their operations and most are unregistered.

In 2017, there were just 125,275 tuk-tuks allowed across Egypt, including just four in Cairo, according to the country’s official statistics agency.

Open-frame cars are an efficient and inexpensive way to navigate Cairo’s maze of streets and bypass its notorious traffic, but frequent crashes have also prompted calls for a ban.

Their replacement is just part of a larger program to modernize Egypt’s transport system, ditching its slew of private cars and gas-guzzling buses for new, greener options.

Given the scale and ambition of such a makeover, the government does not expect the tuk-tuks to leave until 2027.

The entire transportation overhaul is set to last until 2030.

The government wants to encourage the exchange of up to 250,000 vehicles over 20 years old for new natural gas cars to reduce carbon dioxide emissions.

Authorities plan to target microbuses, taxis and even passenger cars with subsidies of up to £1.2billion.

This transformation should last until 2030.

To afford the new cars, Egyptians will be offered loans with interest rates of 3%, repaid over a period of up to a decade.

The second subsidized phase includes the conversion of gasoline cars to natural gas or bi-fuel vehicles.

As for the tuk-tuks, the authorities would collect the rickshaws, assess them and provide new minivans to licensed drivers at subsidized prices and cheap loans, said Ahmed Abdel Razek, spokesman for the government initiative.

“Wide facilities would be granted to tuk-tuk drivers in view of their economic status,” he added. 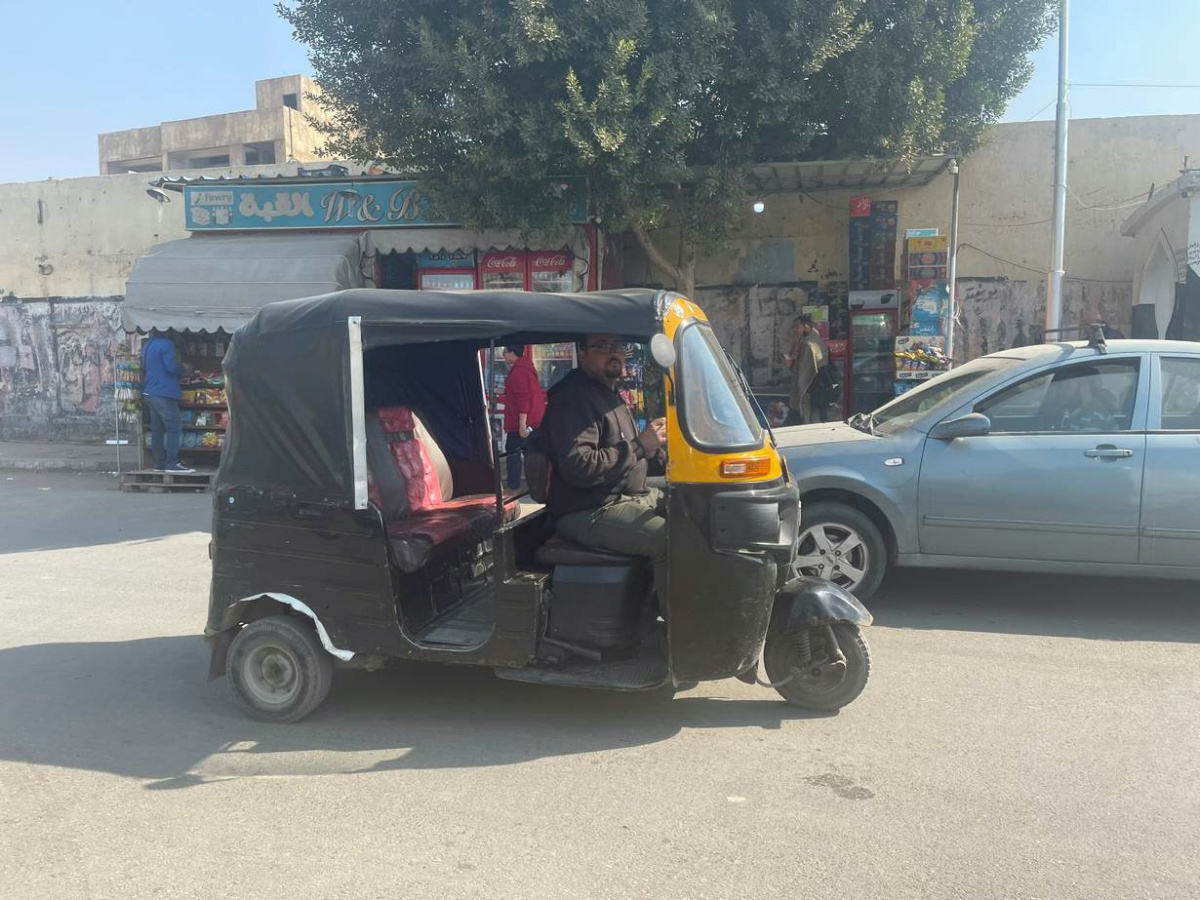 “Before making the decision, affected parties like the drivers themselves and everyone working in the industry should be included,” she said.

“The government should also take into account that tuk-tuks are a means of transport for residents of informal settlements. And finally, it should conduct a study of the impact of the decision on workers and business owners. involved in import, assembly, manufacturing and maintenance operations,” added Hamaki.

No tuk-tuk means no tuk-tuk repairs – which would seriously affect the business of his mechanic shop.

“The government should have studied who lost out in this decision and compensated them,” he said.

Commuters, too, are worried about the fallout from the plan.

Civil servant Nagwa Sayed takes a tuk-tuk every day and couldn’t afford to switch to a 20-pound taxi.

“I only pay five Egyptian pounds. If it wasn’t for the tuk-tuk, I would have paid a lot of money a month that I can’t afford or resort to walking all that distance.”

The dilemma shows the difficulties governments face when greening their economies – and trying not to leave people behind.

A ban “is a wise move in terms of Egypt’s plan to fight climate change and reduce carbon emissions, but it will have a negative social impact on everyone involved,” he said.

“The decision to replace tuk-tuks must come with policy and incentives,” Aboelnga said.