Md Shubho, 22, drives a three-wheeled electric taxi, known locally as an ‘easy bike’, in southeast Dhaka. Recently married, he says the job pays him enough to cover his living expenses.

“[It] allows me to make quick money every day, unlike my previous job at my father’s tailor,” he told the Thomson Reuters Foundation, queuing for business with his red vehicle.

A driver poses next to his “easy bike” taxi in Dhaka, Bangladesh on April 20. PHOTO: Reuters/MD Tahmid Zami

Battery-powered taxis, which can carry four to eight passengers, are a cheap form of public transport commonly used in urban and rural areas of Bangladesh.

Rough estimates put the number of easy bikes at between one million and four million, with a high share of parts made in Bangladesh, constituting an industry worth around $2 billion.

“[It] allows me to make quick money every day, unlike my previous job at my father’s tailor.”

Yet despite their popularity, the crude vehicles operate illegally, as do electric rickshaws that take three passengers.

Police sometimes drive in to seize easy bikes – and it takes a hefty sum to get them back.

“It would be better if I could drive the vehicle fearlessly and without risk,” Shubho said.

The Supreme Court ruling paves the way for the legalization of easy bikes, something the government has dithered over for the past decade.

A circular issued in 2020 by the Bangladesh Road Transport Authority allowed their registration.

But Sk Md Mahbub-E-Rabbani, the authority’s road safety director, said no vehicles had yet been registered because their designs were faulty and would not meet requirements.

The government can impose restrictions on vehicles deemed unfit for the road under the Road Transport Act 2018. 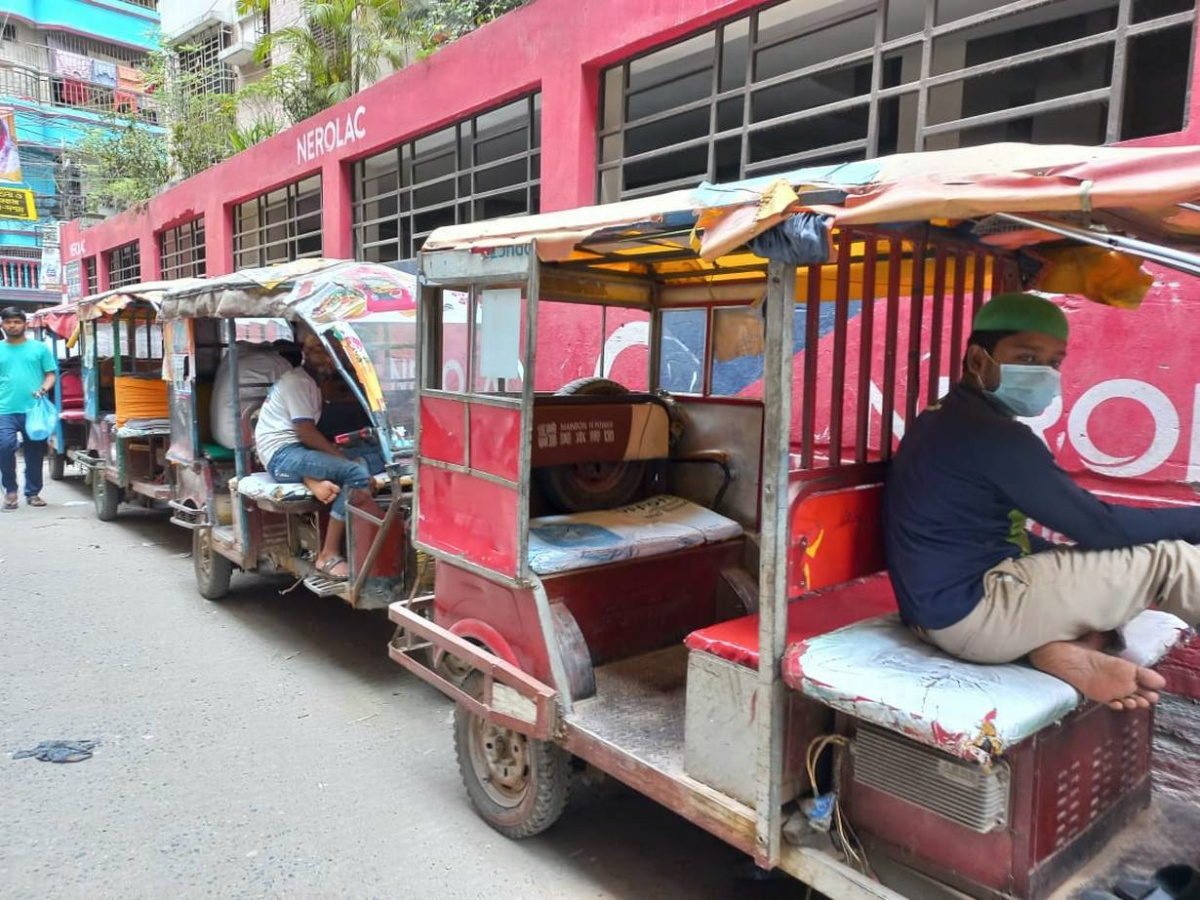 Easy bikes were often impounded or banned in cities and towns, leading to protests from drivers and workers associated with the industry.

The Easy Bike action committee is a platform that organizes workers in the sector and advocates for the registration of vehicles within a legal framework.

“If there are any safety concerns around the design of easy bikes, the government should help alleviate concerns rather than take drastic action such as banning or seizing them, affecting millions of workers who depend on the sector for their sustenance,” said Manisha Chakraborty. , adviser to the action committee.

Bangladesh University of Engineering and Technology is implementing a project to develop a standard design for electric three-wheelers.

Guidelines for electric vehicles were drafted in 2018 and, after some revisions, are currently being reviewed by the government for finalization and approval.

Some officials and companies, meanwhile, have championed electric vehicles for their low greenhouse gas emissions.

Prof. BUET, Md. Ziaur Rahman Khan said electric taxis are better for the environment and people than their petrol counterparts as they run on batteries and do not pollute exhaust pipes.

Bangladesh is grappling with the worst air quality in the world, with particulate matter 2.5 averaging 76.9 micrograms per cubic meter, more than 15 times above recommended safe levels, according to the Global Air Quality Report 2021 prepared by IQAir, a Swiss anti-pollution technology company.

Easy bikes and smaller electric rickshaws fall under the umbrella category of electric three-wheelers, but there are disagreements over whether both should be legalized.

“Easy bikes should be approved while electric rickshaws should not receive legal approval, as the latter have poor dynamic stability and are very accident prone,” Khan said.

But Chakraborty of the Easy Bike Action Committee has called for electric rickshaws to be legalized as well, once vehicle designs are improved with proper technical support. 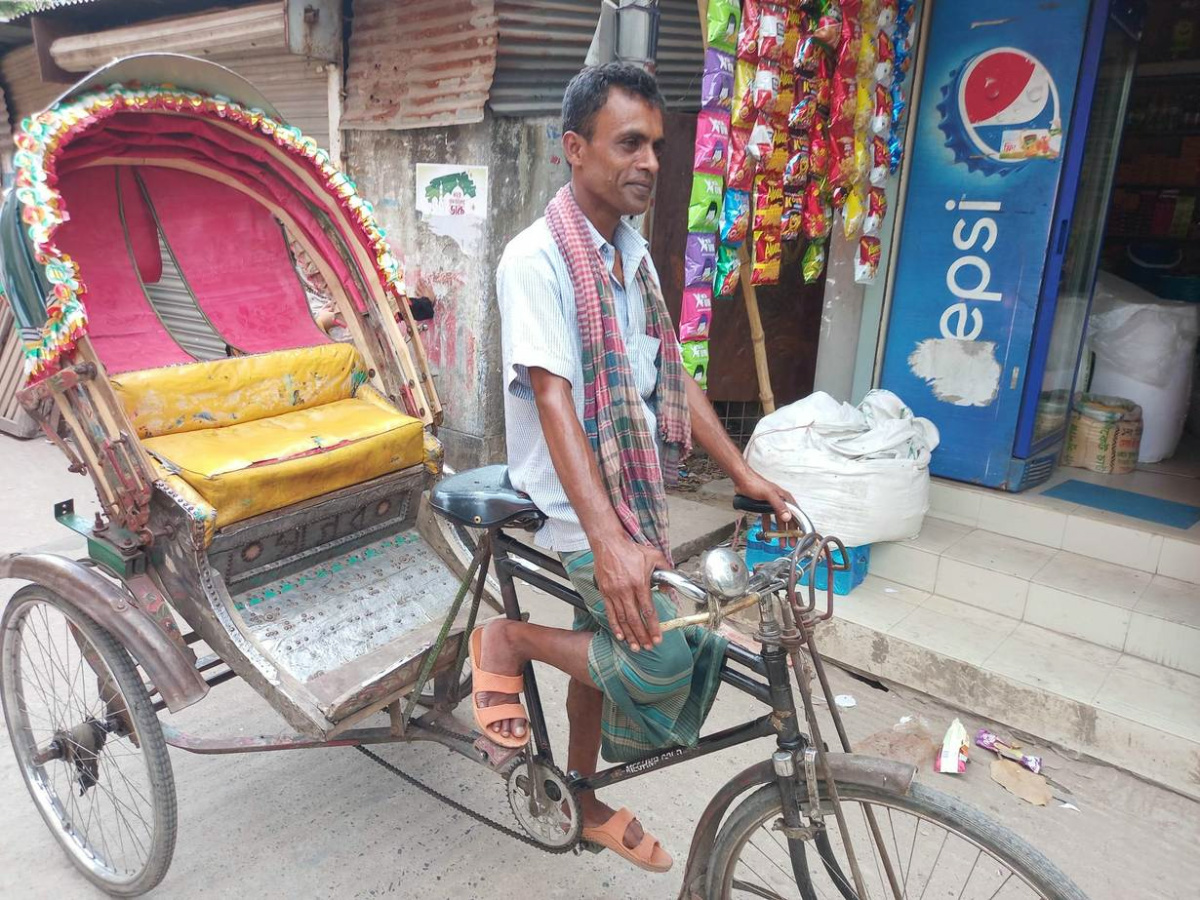 Mohammad Abul Hossain, 56, lost his left hand in an accident and drives an electric rickshaw to earn money for his family, as he cannot ride a manual model that works like a bicycle.

“Electric three-wheelers are suitable for people with disabilities and have offered a decent work alternative to manual rickshaws which require a lot of physical effort,” said Uzzal from the rights protection committee.

Md Ahsan Samad, secretary of the Bangladesh Electric Tricycle Manufacturers and Importers Association, noted that while the Supreme Court has now paved the way for the legalization of electric three-wheelers, big investors are lining up to get started. making them, and millions of new jobs are expected to be created both in factories and on the roads.

But for those jobs to be green, the vehicles will have to run on a cleaner source of energy.

Most electric bicycles and rickshaws currently charge their batteries with electricity from the fossil fuel-intensive national grid and are therefore not carbon-free.

Professor BUET Khan noted that even so, their overall greenhouse gas emissions are generally lower than gasoline vehicles.

Bangladesh has only 14 solar-powered electric vehicle charging stations concentrated in Dhaka and its surrounding areas, compared to 759 fossil fuel-powered gas stations, while most electric vehicles charge at night when solar power is n is not available, said Khan.

The government hopes to receive international financial aid and technical assistance to install adequate charging infrastructure as well as electric buses in major cities during this decade, with an estimated combined budget of $60 billion.

To stimulate the use of clean energy in the electric vehicle sector, solar charging stations must be connected to the grid so that they can supply the excess energy during the day in order to increase the share of energies renewables into the overall mix, Khan added.

Lead poisoning is another big environmental concern related to electric vehicles, as their lead-acid batteries are disposed of every few months at more than 400 recycling sites where they can contaminate soil, water and food systems. and harm human health, said Mahfuzar Rahman, country manager of Pure Earth Bangladesh.

“The transition to lithium-ion batteries or similar alternatives will help the industry because these batteries charge faster, last much longer and don’t pose as much of a pollution hazard,” said BUET’s Khan.