Sonny Fulks graduated from Ohio State University where he pitched four college seasons for the Buckeyes from 1971 to 1974. He furthered his baseball experience as a minor league umpire for seven seasons, working for the Florida State League (A), the Southern League. (AA) and the American Association (AAA). He has written for numerous websites and for the past fourteen years has been a columnist and photo editor for The Gettysburg Magazine, published by University of Nebraska Press, Lincoln Nebraska. His interests include history, amateur baseball support, the outdoors, and he holds a music degree from Ohio State University.

With just a week before the start of the NCAA baseball season, the only people in the know are players and parents. Who do you blame? Tradition and reality, perhaps, and “some things don’t change easily”.

The Buckeyes open the 2022 baseball season this Friday afternoon in Port Charlotte, Florida. And probably… 98% of Buckeye Nation won’t know.

There will be no media coverage – no TV, no newspapers, no ESPN, no Gameday, Herbstreit, Corso and Fowler. Just family, a few snowbirds and a few scouts.

If baseball was once the national pastime, college baseball, by comparison, feels like a backyard party with a few good friends. If you’re the parent of a college baseball player in the last hundred years, or just want to read about it, you’re used to anonymity. It is not an oversight. It’s a reality !

For anyone who would like to come to the party – who wonders how you follow college baseball during these wonderful first weeks of February and March – it is going to require some sacrifice on your part. Go online (of course), google the school, find a schedule, and plan your trip if you want to see it firsthand.

Don’t expect official school promotions or discounts for travel and hotel packages like they do for the Rose Bowl. If there are five hundred or five thousand people in your group… you are alone.

The maddening truth? NCAA baseball doesn’t matter like football and basketball…because it doesn’t command money. And if you’re not making money, or at least not attracting a big crowd, the priority appears like a blinding spotlight.

As for drawing a crowd, Big Ten coaches lament that it’s difficult to draw a crowd in March and April… when it’s 40 degrees. Michigan State’s Jake Boss recently admitted at a press conference that the University of Arkansas refused to come to East Lansing to play a non-con series because of the cold weather. Which begs the question: Why can’t the NCAA play baseball in the summer?

The boss said: “We keep pushing for it, and there is no downside for the student athlete. It makes all the sense in the world, but it’s a change. And some things don’t change easily.

What hurts, of course, is that your child works as hard to pursue his baseball dream as quarterback and point guard, in the fall and winter.

Some say basketball has lost its luster due to transfers and players leaving early for the NBA — that its relevance depends largely on access to the NCAA Tournament, where the CBS spinoff casts the national spotlight.

But no one can question the importance of football. This is the king, the priority for the NCAA’s anticipation from one season to the next. It’s the national holiday. And everything else in college sports watches and waits while the king eats…because it pays for everything!

Baseball has always existed in a small sphere of recognition, and with that an uncomfortable reality. If there’s a game of bowling, the internet is full of information on tickets, reservations, flights and car rental deals.

By comparison, twice in the past five years the Buckeyes have gone to the NCAA baseball tournament, and pretty much anonymously.

Mind you, I wasn’t singling out Ohio State, and I guess there’s an interested tone to it, like Baseball America or D1 Baseball should write it. But they won’t write about it, because it defeats their purpose, an inconvenient truth about college baseball from coast to coast – from South Carolina to Southern California.

If you want to follow a given team, there is little to no news outside of your personal ambition to find out what the school itself offers. And that, by demand, is proportional. Football has a room full of sports news assistants at every NCAA school, providing details to every media source imaginable. Baseball will only have one, and to his credit, Gary Petit of the Buckeyes is one of the best in the country.

Baseball is covered on a slow sports day. Local TV can send in a camera crew (a guy) to get ten seconds of filler. The Dispatch hasn’t had a writer at a Buckeyes baseball game in years. There were 27 Big Ten players selected in the MLB Draft last summer, and the Big Ten Network paid lip service to their jubilation over the NFL Draft. 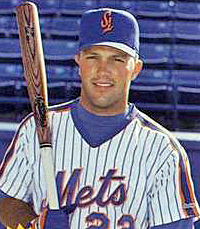 Warning? Compare what people know about Ryan Day’s biography as a former NFL assistant to that of Greg Beals as a minor league catcher with the Mets organization.

And without Google, can someone in Ohio even tell me who Michigan’s baseball coach is… the dreaded TTUN?

Priority because of the conference, you think? Nick Saban is Alabama’s football coach, but the next thousand people you ask can’t tell you who the baseball coach is.

Seriously, can you even remember who won the NCAA National Baseball Championship last June? Or what conference is this team from?

For the sake of edification, Mississippi State (SEC) won the 2021 title, the school’s first in baseball after eleven trips to the College World Series. And speaking of the CWS, can you name the city that hosts it?

Probably not. But for comparison, if Fresno State, which has never won a football title, had played Georgia instead of Alabama, everyone in America would know its nickname, the capacity of its stadium and its distinguished alumni. They would make a big deal out of Derek Carr playing it.

But no one would ever guess that Yankees outfielder Aaron Judge also played there. In fact, Judge was a first-round pick in 2013, the 32nd player selected overall.

So if you want to see the Buckeyes play… if you want to take advantage of the warm Gulf Coast weather… you can do both by getting away this week (February 18-21), and I’ll help you out. They’re playing in Port Charlotte, Florida, there’s a lot of hotels, and it’s not some overpriced, meaningless major league spring training game. They face Marshall (Friday), Indiana State (Saturday and Sunday) and Brigham Young (Monday), games that actually count towards their record 56 games.

There will be no fanfare, by the way. If you want Carmen Ohio, TBBITL will be at Ohio Stadium on April 16 for the Spring Football game, the same weekend the Buckeyes play in Maryland.

Great trip, great food and great weather. And of course, some good friends.

But no fanfare. Not even the Maryland one.